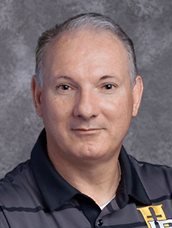 Murphy has a bachelor of science in mass communications from Towson University where he was a starting wide receiver on the football team all four years, setting school records for career receptions, receiving yards, and receiving touchdowns. In 1999, he was inducted into the Towson University Hall of Fame. Murphy also has a master of science in physical education from McDaniel College.